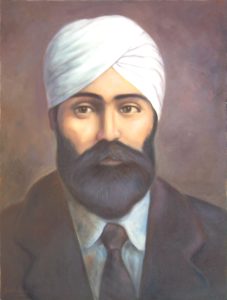 Bhai Mewa Singh Ji came to Canada in 1906, a time when thousands of new Punjabi Sikh immigrants were coming to Canada looking for greener pastures and a better life. Like many Sikh pioneers, Bhai Mewa Singh was employed in the lumber industry and worked at Fraser mills. In his spare time Bhai Mewa Singh Ji used to do seva at the Gurdwara.

The negative attitudes of the press, the public and the politicians in addition to anti-Sikh immigration policies of the Canadian government had a negative effect on the local Sikh population.  After 1908 the Sikh population of British Columbia started to rapidly decline. By 1910, a population which had reached around 6000 in 1908 was reduced to about 2200. Despite these unsavory experiences of racism and hostility, Bhai Mewa Singh Ji decided to stay in Canada. He  – like many other Sikh immigrants of his time – worked hard and made a positive contribution to the development of British Columbia.

After a few years of relative calm, the infamous Komagata Maru incident occurred. Bhai Mewa Singh Ji was reminded of how racist and intolerant Canadian society was. It must have been difficult for him to see would-be Sikh immigrants who were also British subjects not being allowed to domicile in Canada which was part of the British Empire at that time.

For Bhai Mewa Singh the turning came on September 5th, 1914 when he witnessed a man named Bela (who worked as an informant for the Canadian immigration department) enter the Gurdwara on West Second Avenue, and shoot two devout Sikhs: Bhai Bhag Singh and Bhai Battan Singh. Bhai Mewa Singh like many Sikhs was devastated by this event.

Soon after this Bhai Mewa Singh Ji started receiving threats from inspector Hopkinson and his East-Indian agents. He was threatened that if he didn’t give testimony in favour of Bela that he would also be murdered just like Bhai Bhag Singh and Bhai Battan Singh.

However, Bhai Mewa Singh Ji didn’t waver; he testified in court and spoke the truth. He told the court that Bela had shot Bhai Bhag Singh Ji and Bhai Battan Singh Ji from behind without any prior provocation. After giving this testimony Bhai Mewa Singh Ji was threatened once again by a mole named Babu who worked for inspector Hopkinson. This time the threat was even more severe. Bhai Mewa Singh was told that the next time he was seen walking the streets of Vancouver that he would be shot dead.

Hearing this threat infuriated Bhai Mewa Singh. Mewa Singh thought that not only were his country men and he being severely oppressed in Canada they were now being told that they didn’t even have the right to speak the truth. It was then that Bhai Mewa Singh decided to die a death of a martyr rather than to live the life of an oppressed person.

In his historical statement to the court Bhai Mewa Singh Ji said:

My religion does not teach me to bear enmity with anybody, nor had I any enmity with Mr. Hopkinson. He was oppressing poor people very much. I, being a staunch Sikh, could no longer bear to see the wrong done both to my countrymen and the Dominion of Canada. This is what led me to take Hopkinson’s life and sacrifice my own life. And I, performing the duty of a true Sikh and remembering the name of God, will proceed towards the scaffold with the same amount of pleasure as a hungry baby goes towards his mother. 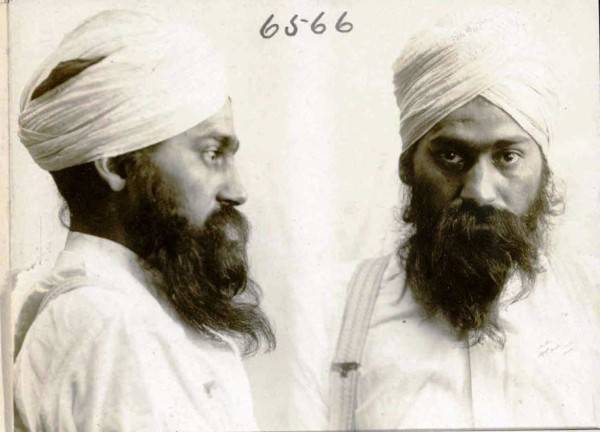